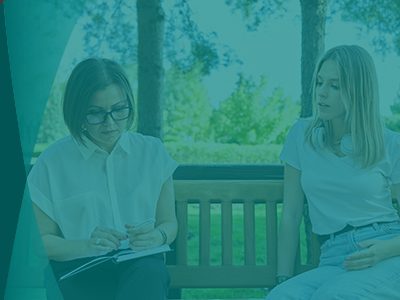 A person can become dependent on many kinds of drugs. Here are some commonly abused substances, their risks and side effects, and the most promising treatment approaches.

Our Response to COVID-19

Addiction affects our society in many ways. Individuals, families, and communities are all impacted. It exacts a steep toll, felt in homes, schools, workplaces, the courts, and in the health care system.

Addiction, or substance use disorders (SUDs), is defined as a chronic medical condition. It affects the way a person experiences pleasure, and it interferes with decision-making and impulse control. (This is especially problematic for younger users, whose brains continue to develop into their mid-twenties.)

Environment, genetics, and underlying or co-occurring mental disorders can all factor into whether someone develops a SUD. The effects can be lingering, often devastating, when not treated. Addiction to drugs or alcohol can affect a person from head to toe, causing countless diseases and disorders. It can also lead to dangerous choices that result in accidents and even death.

A person with a SUD will use despite the negative impact it has on their life, even if they want to quit. That can include illness or disease, trouble with the law, losing work, flunking school, or straining personal relationships.

More than 20 million Americans ages 12 and older had a SUD in 2018. Millions more use drugs or alcohol casually (or to excess regularly or on occasion). It’s estimated that each year alcohol misuse costs the U.S. economy $249 billion, and illicit drug use costs $193 billion.

It’s not a lost cause, however. Receiving treatment earlier can make a difference.

Addiction has been likened to other chronic diseases such as diabetes or hypertension (high blood pressure). Those conditions can be managed with some dedicated lifestyle changes.

per day because of drugs

per day becuase of drugs

do not receive the treatment

Alcohol is one of the most commonly used and abused substances in the world. National surveys have found:

Both heavy alcohol use and binge drinking are no guarantee of developing alcohol use disorder, but they can lead to its onset.

The dangers of alcohol use are plentiful, and include:

Alcohol carries an added risk in that it’s frequently abused with other substances, which can lead to overdoses, accidents, and other problems. (In truth, polydrug abuse can be highly risky.)

If a person is severely dependent on alcohol, going cold turkey can be deadly. Weaning from alcohol gradually or using medications (such as a controlled tapering of benzodiazepine tranquilizers) can make the process less of an ordeal. Medical oversight is necessary when a person is physically addicted to alcohol, too, to avoid seizures and risk of death.

The opioid crisis has hit the U.S. hard in recent decades, costing the nation nearly $80 billion a year. In 2019 alone, nearly 50,000 people died of overdoses related to opioids. Opioids include heroin, fentanyl and other synthetics, and prescription pain relievers such as oxycodone (commonly known by the brand name OxyContin).

Use of opioids has spiraled out of control, resulting in a public health crisis. That in part stems from opioids being prescribed generously, especially before the risks were widely known. It is easy to grow dependent on the drugs, and it can be extremely uncomfortable to quit. Deaths declined slightly in some U.S. states after alarms were raised, but the problem is far from over.

Misuse can also easily result in an opioid overdose. Signs include:

If a person shows signs of overdosing, administering naloxone (Narcan or Evzio) to reverse the overdose can be life-saving, but finding emergency medical help is critical.

Stimulants include illegal drugs such as cocaine and methamphetamine (meth). Some, including amphetamines, such as Adderall (to help with attention-deficit/hyperactivity disorder), are legally prescribed, but people also abuse them for the high they can provide.

Stimulants increase the amount of dopamine in the brain, producing feelings of euphoria, energy, and attention. They also may elevate blood pressure, body temperature, and heart rate.

A person may binge, taking doses for days. Once they stop, they’ll experience a crash with resulting lows. That fuels cravings and a possible return to use.

High doses can lead to a dangerously elevated body temperature, paranoia, seizures, and even death from heart failure.

Benzodiazepines include Xanax, Valium, and Ativan. They are often prescribed to help with anxiety or sleeplessness. They can cause drowsiness, slurred speech, confusion, and dizziness.

Also called benzos, benzodiazepines can be very effective for anxiety and insomnia, but can easily turn habit-forming.

Mixed with alcohol they can be especially dangerous, resulting in a too-slow heart rate, reduced breathing, coma, and even death.

Withdrawal can be an ordeal. An individual with physical dependence may see a flare-up of anxiety and experience life-threatening seizures. Usually in cases of addiction to benzodiazepines, dosing will be tapered gradually, or a milder and slower-acting option may be prescribed in its place.

Barbiturates are central nervous system depressants, often prescribed for anxiety, seizures, or sleep troubles. They’ve been around more than a century, and were commonly used into the 1970s. They include the medications phenobarbital (brand names, Luminal and Solfoton), secobarbital (Seconal), and pentobarbital (Nembutal).

Used as directed, barbiturates can produce feelings of lightheadedness or drowsiness. Too many, however, can slow the central nervous system, which regulates breathing and heart rate. A person can easily develop an addiction and risk overdose.

They also can be dangerous to mix with other medications. Antihistamines, some pain medicines, alcohol, and benzodiazepines can all amplify the effect of barbiturates and lead to overdose.

Once dependence has set in, barbiturates can be uncomfortable to stop using, and painful withdrawal symptoms usually follow. These include nausea, vomiting, restlessness, anxiety, seizures, and hallucinations. A more severe dependence may need medical oversight.

Hallucinogens are used to alter a person’s reality as well as how they think and feel. They can be plant-derived or man-made.

Either kind can cause hallucinations and a disconnect from reality.

In the short-term, users may experience an elevated heart rate, intensified moods and sensory perception, altered sense of time, dry mouth, relaxation, and paranoia. In some cases, a person can experience psychosis, or a break from reality that includes hallucinations or delusional thoughts.

Long-term hallucinogen use can bring on flashbacks, confusion, depression, and other issues.

How addictive hallucinogens can be remains unclear. PCP is considered addictive, producing withdrawal symptoms once repeated use ends, but as for other hallucinogens, there are many unanswered questions.

When hallucinogens are combined with alcohol, the user may not realize they’ve drunk as much as they have, carrying the risk of drinking to excess. If hallucinogens lead the user to engage in dangerous behaviors they normally would never do, or if they use contaminated drugs, those carry their own hazards.

Marijuana (cannabis) is a common and increasingly legal psychotropic drug. People partake of the dried leaves, stems, flowers, and seeds of cannabis plants.

It contains THC, a compound that has mind-altering effects. Sometimes it’s used for medicinal purposes to help a person manage pain, nausea, or other conditions. (After cancer treatment, for example.)

People use it in many ways, including smoking or inhaling joints, blunts, bongs, or vaporizers. It’s used in foods or as a tea. Some smoke (dab) the resins, which tend to be more potent, and that’s sent some people to the emergency room.

Short-term, marijuana alters the senses and mood, and can interfere with thinking and memory.

Of more concern is when people use marijuana at a younger age. Since brains continue to develop into a person’s early to mid-twenties, researchers are trying to determine if it may interfere with or affect brain development.

There’s also the belief that marijuana will kill brain cells. Whether that’s true remains unclear, but some studies do seem to indicate that when use begins in adulthood, the effects on gray matter may be more benign.

Marijuana use does carry some other perils, however. One is that recent strains are much more potent than they were some decades back.

The rise of edibles can also be problematic. Their effects take longer to set in than those achieved by smoking. A person may eat more hoping to feel the effects more quickly, which risks overdose.

There are no known reports of fatal cannabis overdoses, but too much marijuana can result in extreme confusion, panic, anxiety, increased blood pressure, and vomiting. That in turn could lead to an accident or unintended injury.

Marijuana smokers, especially ones who smoke regularly, may experience some of the same breathing problems that cigarette smokers have.

It also isn’t safe to use during pregnancy or while breastfeeding.

Depressants slow the central nervous system, and include sedatives, tranquilizers, and hypnotics. They are prescribed for panic, anxiety, stress, and insomnia. Valium, Xanax, Ambien, and Nembutal are all depressants.

They can be misused in a number of ways, including taking a higher-than-prescribed dose, sharing medicine, or taking it simply to get high.

Over time, a person can become dependent on depressants, and experience painful — and sometimes dangerous — withdrawal upon stopping. Overdosing can lead to slowed or stopped breathing, and coma, brain damage, or even death can result. Mixing depressants or taking them with alcohol carries added risks.

For the person addicted to depressants, medically assisted detox to reduce discomfort and make the process less dangerous, and paired with psychotherapies, may be the best option. 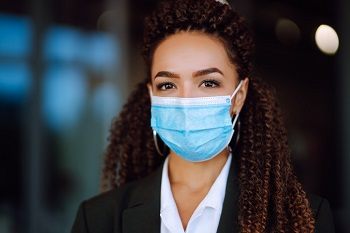 Get Help During COVID-19

We have taken the necessary precautions to minimize the risk of exposure and transmission of the Coronavirus to those in our treatment programs, allowing them to focus on their recovery.

How Addiction Treatment Can Help

There is no one sure way to treat addiction. In part that’s because each person’s situation is different. Causes vary. So do the types of substances used and how often. Everyone’s underlying conditions (if they have one, or many) and personal histories are unique too.

For those reasons, it’s best to avoid the one-size-fits-all approach.

It is, though, a sound idea to go to a facility that offers evidence-based therapies. Those include medically supervised detox, behavioral therapies, counseling, and the development of an aftercare plan to prepare the patient for life after rehab.

Choosing a center with a qualified and licensed medical staff is also vital. Medical expertise can help a patient get past the uncomfortable hurdles of withdrawal, whether a person is physically dependent on alcohol or benzodiazepines, and needs the treatment to help them detox safely, or they’re addicted to cocaine and need a calm and knowledgeable staff to help them through the first obstacles of getting clean.

Trained mental health professionals can arm a patient with the tools needed to handle stressful triggers and remain sober, whether use is rooted in trauma, a co-occurring mental illness, or stressful environments that led them to dabble first, and then dive headlong into drug use.

Each person’s addiction journey into addiction is unique. As a result, their recovery process should be too.

Sunshine Behavioral Health strives to help people who are facing substance abuse, addiction, mental health disorders, or a combination of these conditions. It does this by providing compassionate care and evidence-based content that addresses health, treatment, and recovery.

Licensed medical professionals review material we publish on our site. The material is not a substitute for qualified medical diagnoses, treatment, or advice. It should not be used to replace the suggestions of your personal physician or other health care professionals.

Talk with one of our Treatment Specialists!

Do not allow COVID-19 to stop you from seeking the care you need. We are here to answer your questions and alleviate any concerns. Call us today.

Not sure how to Pay for Treatment? 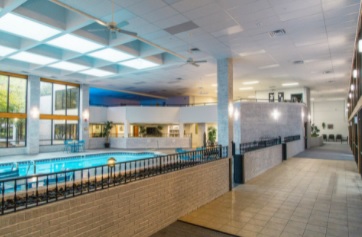 Look what Lincoln Recovery has to Offer You